Our Act establishes five specific Ombudsman roles designating that each role is to be performed by the Commonwealth Ombudsman. The Act also requires an annual report on each role as per Table 4. We report publicly on each of the functions throughout the year, and these reports, combined with the below, constitutes the annual report required.

As the Defence Force Ombudsman, we receive and investigate complaints about administrative action taken by Defence agencies, including the three services (Navy, Army and Air Force), the Department of Defence (Defence) and Defence Housing Australia. We also receive and investigate complaints about the Department of Veterans' Affairs (DVA).

5From 2019–20 the Department of Veteran’s Affairs (DVA) is no longer included as a Defence agency for the purpose of our statistical reporting. The 12.4 per cent decrease excludes DVA from the 2018–19 and 2019–20 figures.

During 2019–20 we received 118 complaints and finalised 110 about the Department of Veterans’ Affairs. Complaints included issues such as:

In December 2019, the Ombudsman published a report on our Investigation into the administration of the Defence Force Retirement and Death Benefits (DFRDB) scheme and the information provided to DFRDB scheme members about the long term impact commutation would have on retirement pay.

The report found the information provided to some DFRDB scheme members was incorrect, and this amounted to defective administration.

The Ombudsman recommended the Secretary of the Department of Defence and the Chief of the Defence Force apologise. The report also contained recommendations to ensure communication provided to DFRDB scheme members by the Commonwealth Superannuation Corporation (CSC) clearly explain the long term financial implications of commutation.

Since 1 December 2016, the Ombudsman has been able to receive reports of contemporary and historical abuse within Defence. This provides an independent and confidential mechanism to report abuse for those who feel unable to access Defence's internal mechanisms.

Our delivery of the abuse reporting program is based around three functions:

The recent growth in reports of abuse could be in part due to knowledge of the scheme and also awareness of the end of the scheme on 30 June 2021. 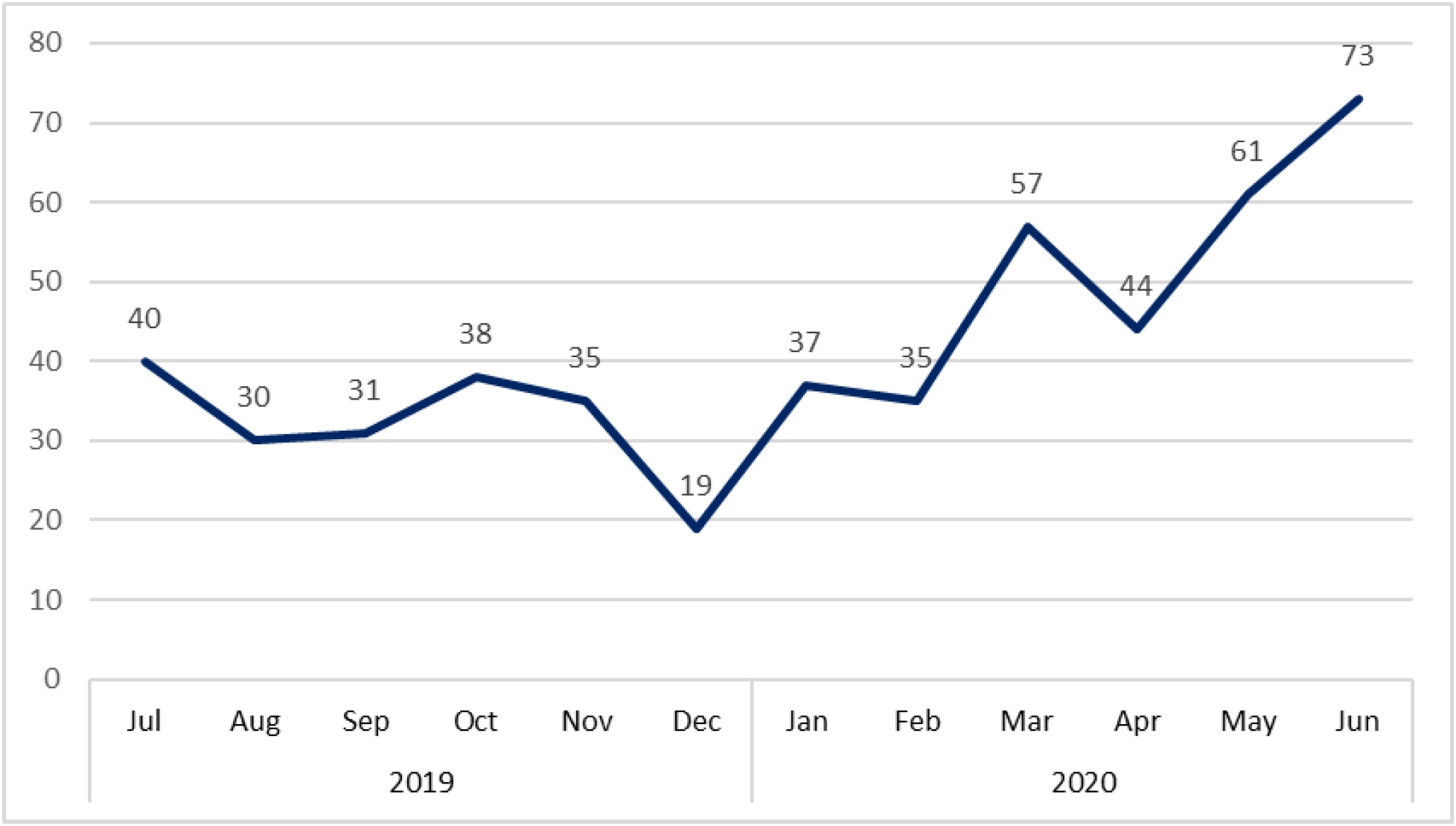 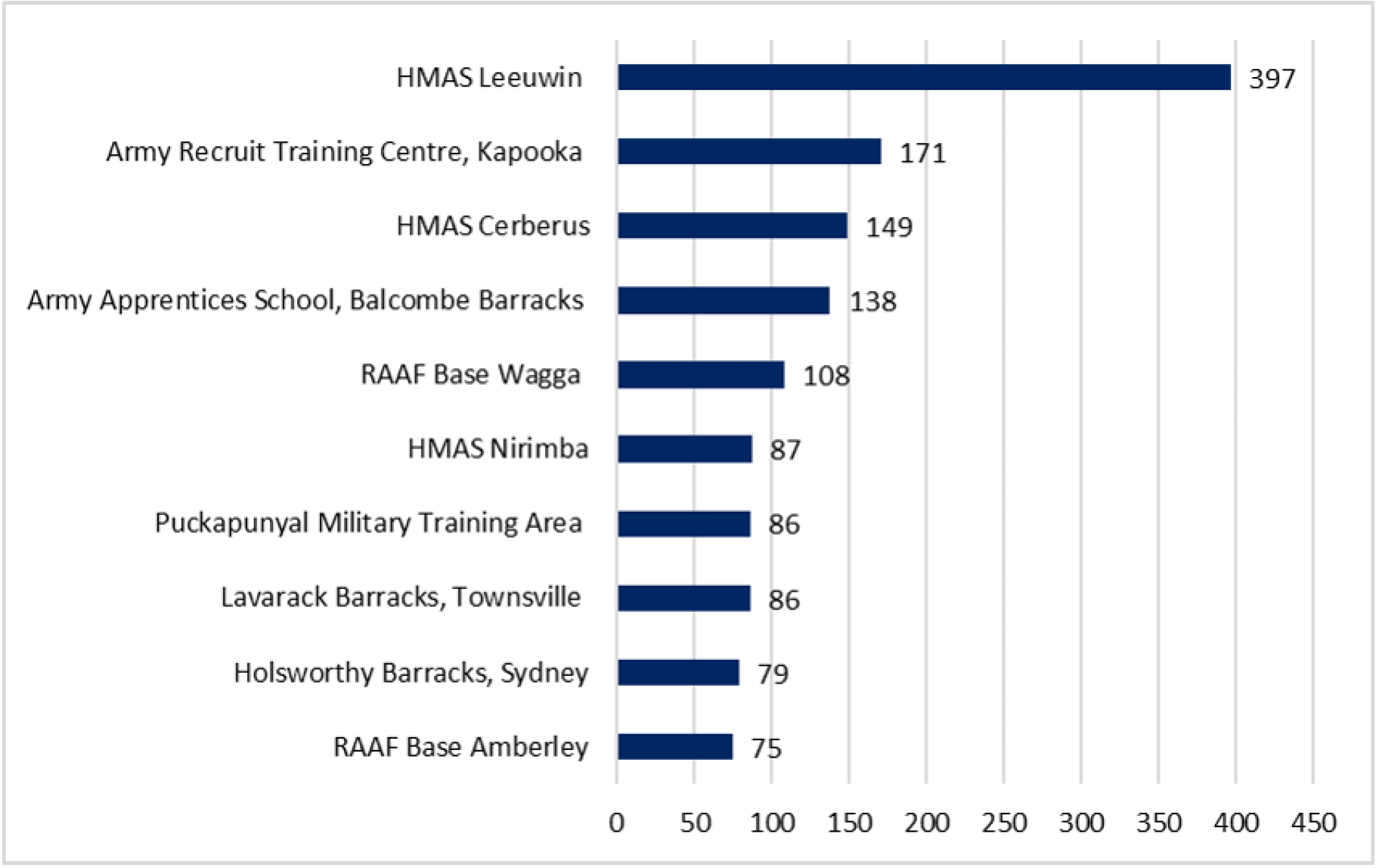 Reports of abuse are assessed under the Ombudsman Regulations 2017 (the Regulations). If a report is not accepted, the reportee can request a review of the decision. Most reports of abuse made to our Office relate to conduct and behaviour that occurred many years ago. Of the total 1,601 reports received, only four per cent of reports relate to abuse alleged to have occurred after 30 June 2014.

For the most serious forms of abuse and/or sexual assault, the Ombudsman may recommend Defence make a reparation payment. There are two possible payments which we may recommend:

If the Office recommends one of these payments, an additional payment of $5,000 may also be recommended where the Ombudsman is satisfied that Defence did not respond appropriately to the report of abuse. Not all reports of abuse meet the parameters set out in the framework for a payment.

Since the commencement of the reparation framework, the Office has sent 788 reparation payment recommendations to Defence. As at 30 June 2020, Defence had considered and accepted 767 recommendations, totalling $31,636,000.

The Restorative Engagement Program is designed to support a reportee to tell their personal story of abuse to a senior representative from Defence in a private, facilitated meeting called a Restorative Engagement Conference. The conference provides the opportunity for Defence to acknowledge and respond to an individual's personal account of abuse.

A secondary objective of the program is to enable a broader level of insight into the impact of abuse and its implications for Defence, which is critical to informing and building cultural change strategies.

In 2019–20, the Office convened individual Restorative Engagement Conferences for 46 people who experienced serious abuse while a member of the Australian Defence Force. From March 2020, the program was postponed due to COVID-19. In June 2020, we resumed the program and managed to convene conferences in some locations as COVID-19 restrictions started to ease.

Participation in the program is a choice made by reportees. Feedback from reportees demonstrates they are motivated to participate in a conference to:

The majority of reportees strongly agreed that Defence meaningfully acknowledged their story of abuse, strongly agreed the Defence representative was accountable for the abuse and expressed strong disapproval for what happened.

Defence representatives also told us that participating in the Restorative Conference was beneficial. The majority said the experience affirmed their resolve to implement cultural change to eliminate abuse, and positively impacted on their role as a Defence member.

In addition to receiving reports of abuse from members of Defence, the Office conducts periodic inquiries into Defence policy and procedures relating to complaints of abuse. In 2019, we published a report relating to our inquiry function which examined Defence’s policies and procedures for making and responding to reports of abuse. We formed the view that Defence’s policies were generally appropriate but made six recommendations to assist Defence to strengthen its collective approach to abuse prevention. Defence accepted our recommendations.

We also published a report on the Office’s experience administering the Defence Abuse reporting program and reflected on our progress up to 30 June 2019. Our experiences have been used to inform changes to our internal processes to ensure we continue to provide a trauma-informed service for reportees.

Our latest inquiry reviewed the training Defence provides to new recruits in relation to unacceptable behaviour across the three services. The report was published in July 2020.

The Office will monitor Defence’s ongoing work to implement recommendations from both inquiries.

The function of the Postal Industry Ombudsman (PIO) is to investigate complaints about postal and similar services provided by Australia Post and Private Postal Operators. Australia Post is the only mandatory member of the PIO scheme. Private operators join voluntarily. Currently registered are: StarTrack, FedEx Australia (Federal Express Australia), Cheque-Mates and D and D Mailing Services.

During 2019–20 we received 3,185 postal industry complaints, which represented an increase of 20 per cent compared to the previous year when 2,653 complaints were received. The increase in complaints can be attributed to the disruption of postal services as a result of the summer bushfires and COVID-19.

We did not complete any own motion investigations under s19M(2)(b).

We did not issue any s 9 notices to require information from a postal operator.

More information can be found in our quarterly updates6.

The Office of the Commonwealth Ombudsman investigates complaints from prospective, current and former international students about problems with private education providers.

We have three main functions in our Overseas Students Ombudsman role. They are to:

about issue. This is because some providers made significant changes to how courses were delivered, including converting to online formats without also amending fees. COVID-19 also led to some financial stress for students and some made the decision to not continue with their study.

We did not use our s 9 powers under the Act to obtain information or documents in 2019–20.

More information can be found in our quarterly updates7.

In 2019–20, 74 per cent of complaints were finalised as 'assisted referrals'. In these cases we refer a complaint directly to a nominated representative of the insurer or service provider, on behalf of the complainant. Our assisted referral process ensures a quicker resolution of the complaint and client satisfaction survey responses show that complainants have a high satisfaction rate with this method of complaint resolution.

Nine per cent of complaints were finalised through a 'standard referral'—that is, the complainant received advice from our Office and then lodged their complaint directly with the appropriate body themselves.

Approximately five per cent of complaints were classified as 'grievances'. These complaints are finalised by considering the issue and providing more information or a clearer explanation directly to the complainant, without the need to contact or seek additional information from the health insurer or health care provider.

About 11 per cent of complaints were classified as 'disputes' (a slight decrease from 13 per cent in 2018–19). In these cases, we request a detailed report from the health insurer or other subject of the complaint. The report is then reviewed and a decision is made on whether the initial response was satisfactory or if further investigation is warranted.

More information can be found in our quarterly bulletins8.

Our Office investigates disputes between students and their Vocational Education and Training (VET) loan scheme providers under the VET Student Loans Ombudsman function.

We also deliver best practice complaint handling advice and training to VET loan scheme providers to help improve their ability to manage complaints, which results in better outcomes for students and providers.

In 2019–20 we received 8,363 complaints from students disputing their debts or other issues with their VET loan scheme provider and finalised 11,976.

The remaining finalised complaints were either resolved via an SIA re-credit, were a recommendation from 2018–19 or were withdrawn.

We did not commence any own motion investigations under 20ZO(b).

During this period we issued four s 9 notices for information at the agency’s request.

More information can be found in our quarterly updates9 .